Rhubarb, rhubarb, rhubarb – that's what people shout when they're trying to disparage one another's argument. How a respectable plant like us came to be associated with this, we'll never know. We actually make it into the Macquarie dictionary as ‘confused noise, argument, as in a quarrel'. Well, we'd like to set the record straight about rhubarb and tell you what a wonderful, healthy and fascinating plant we are.

You may not have seen us growing so we'll describe ourselves for you. Our stalks are long and thin, a bit like celery with smooth, rounded ridges running parallel along the stalk, which have a red to crimson skin and green to purplish flesh. Each stalk ends in a broad, silver beet-like leaf with a prominent mid rib. We look a little like red coloured celery with larger droopy leaves.

We're available all year round with our best value being from May to August.

We're not sold by variety.

Why Rhubarb is Good to Eat

How Rhubarb is Grown and Harvested

We're a perennial (which means we grow year after year) that produces long, red, celery-like leaf stalks from a base or crown. We prefer a temperate climate without hot summers or very cold winters and can be grown in most soil types. We can either be grown from a seed or from a piece cut from the root of an adult plant.

Our stalks are cut when ready and the leaf section is removed. We then continue to grow new leaves and stalks. As harvesting is done by hand it can be time consuming and costly.

How to Keep Rhubarb

Remove our leaves and discard. Store our stalks in a plastic bag in the refrigerator. Use within 4 days. 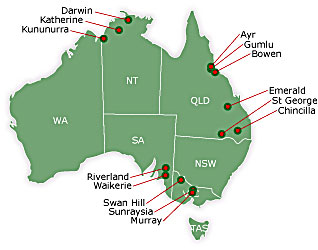 We originally came from Siberia and also grow in many parts of the Himalayas. We were used as a medicine in China over 4500 years ago and brought to Europe by Marco Polo. In 2700 BC the Chinese believed that if taken in large doses we would cure constipation and if taken in small doses, cure dysentery.

A valuable trade was establish in dried rhubarb as a medicine by the 16th century but it wasn't until the 18th century that we were grown and eaten as a vegetable.

You can eat our bright red stalks but not our green leaves which contain an acid that should not be eaten. Simply cut off our leaves and any white root area, then cut stalk crosswise into 25-50mm lengths. There is no need to peel.

We're usually sold by the bunch which is about 20 stalks or 4 cups when chopped. Poach, stew, microwave or bake. Try us in sorbets, sauces, salads, cakes, breads, fruit salads, pies and, of course, rhubarb crumble. We're even used to make rhubarb wine.

Try a couple of these ideas and see what you think.

Rhubarb Crumble
Chop 1 bunch rhubarb and put in a saucepan with 3-4 tablespoons sugar and 1/2 cup water. Simmer 7-8 minutes until tender. Put mixture in an ovenproof dish. Mix 1/2 cup each brown sugar and plain flour. Rub in 60g soft butter with fingertips until mixture is like breadcrumbs. Bake at 180ÌC for 30 minutes until top is golden.

Rhubarb Muffins
Half fill muffin tins with your favourite muffin mix. Add a spoonful of cooked, cooled rhubarb and top with more muffin mix. Top with some toasted muesli and cook.