Peas to meet you! OK, bad pun but people have been making jokes about us for so long that it rubs off. We can't help it if our name sounds like one of your bodily functions – you know, nudge, nudge, wink, wink, say no more. I bet you've made cracks about us in the playground at some time or another, but we don't really mind. We're fun loving food. Let me tell you more about us.

We grow on a climbing plant which produces pods containing seeds or peas (that's us). We're sold in the pod and either eaten whole (pod and peas), or we're removed from the inedible pod before eating (shelled peas).

Our pods are about 5-8cm long and 1-1.5cm wide, bright green, cylindrical and boat-shaped, with a small point at one end. We lie inside and are small, smooth, bead-like green seeds, about 1cm in diameter, arranged in a row, each of us attached to one seam of the pod.

Our pod splits down the top and bottom seams exposing us so we can be easily removed. In the edible-podded types our seeds are immature and softer than those which are shelled. The edible pods are often much flatter and have rounded bumps along the sides showing where each of us is located.

Peas are available all year round.

We're not sold by variety but you can buy several different types. Peas for shelling – We are sold as green peas, garden peas or peas.

Sugar Snap Peas
We look like peas used for shelling but have a tender, crisp, small, pale green, edible pod with sweet juicy seeds. Our pods are about 5-8cm and our seeds are rounder than snow peas.

Snow Peas
We are edible, flat-podded peas, about 8-10cm long by 2.5cm containing tender and sweet seeds. Both our pods and small seeds are edible.

Why Peas Are Good To Eat

How Peas are Grown and Harvested

We were always dried until about the 16th century. You can't chew the pod of regular peas, but sugar snap peas and snow peas have been specially bred so that the fibres in the pod go in one direction and can be chewed.

Our parent plant is generally grown on supporting structures due to its weak stem – to help it climb it produces small, green, snake-like tendrils which twist around any support to assist in holding it upright.

We grow best in cool moist conditions and can be grown in most soil types as long as the drainage is good. We can take up to 5 months from sowing to maturity if planted as a winter crop (and grown inland) or up to 3 months if used as a summer crop and grown on the tablelands. We're harvested when our pods are fully developed.

The harvesting of snow peas is a little different as they have to be picked when they reach the right size but before their seeds start to get too big. This means the farmer has to keep checking his crop about every 3 days.

How to Keep Peas

Store us in a plastic storage bag in the crisper section of the refrigerator. Use within 2-3 days. 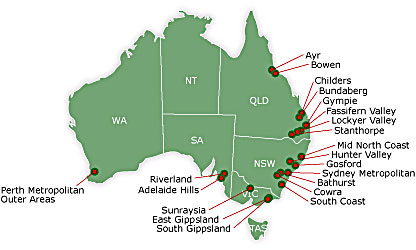 We have been found in ancient ruins dated at 8000 years old in the Middle East and in Turkey. However, the oldest of us were found in a cave in Burma dated 9750 years old. We were common throughout ancient Europe as far back as the Neolithic Period and are as old and important as wheat and barley.

In these ancient times dried peas formed an essential part of the diet because they could be stored for long periods and provided protein during the famine months of winter. We spread along the trade routes to the East, being recorded in China and India between 1100 to 1600 years ago.

The Greeks and Romans loved us and many varieties were traded in the Trajan Market in ancient Rome. The Romans probably took us to Britain and, as a result, King John II of England in the Middle Ages ate so many he is reported to have died from overeating. However, we didn't become popular in England until the 16th century.

Both dwarf and field peas were part of the cargo of the First Fleet to Australia in 1788 and, on arrival at Sydney Cove, each convict and marine was given a weekly ration of three pints of ‘pease'. We were grown on Norfolk Island and at Sydney Cove, and we did better than beans in these places. By 1802 we were growing in Port Jackson and Parramatta gardens.

We need to be removed from our pods unless we're very young and tender when our pods can be cooked and eaten too. Slide your thumb down our pod to split it open from the stem end and remove us from top to bottom.

We're normally cooked but can be enjoyed raw, especially in salads or while we're being shelled! Boil or microwave until just tender, 4-8 minutes, depending on quantity. We will become less tender if overcooked. Serve us as a vegetable or add us to other vegetables, soups and casseroles.

Here are a couple of ideas for something different:

French Omelette With Peas
Mix 2 eggs with 2 teaspoons water until blended. Melt 2 teaspoons butter in frypan and spread evenly over base. Pour in eggs and sprinkle with 2 tablespoons each ham and chopped shallots and 1/3 cup cooked peas. Cook over medium heat until mixture is set. Fold in half and serve with halved cherry tomatoes and chopped parsley.

Potatoes Stuffed With Peas And Bacon
Cook whole potatoes with skin on until tender. Cut in half and scoop out the middle, leaving a 1.5cm shell. Mash with butter and milk and stir in cooked peas and diced celery. Spoon into potato shells, sprinkle with chopped bacon and grated cheese. Grill until lightly browned.