Ever heard the expression ‘cool as a cucumber' – well that's us, man. And this is the coolest site on the WWW and don't let any other vegetable, especially not those capsicum dudes, tell you differently. This is where it's at, man. The one and only place to hang out. While you're here, I'll tell our story.

We're related to the melons, pumpkins and squash but we have our individual style. We're not round and fat like they are – we're usually torpedo-shaped with green to dark green or white skin surrounding a whitish edible pulp containing seeds which are in a gelatinous jelly. Some of us have small rounded ridges; some have smooth skin with scattered small bumps or prickles; some of us are very prickly indeed! The older we get the more bitter our seeds become so go for varieties such as Lebanese and long telegraph cucumbers which have smaller sweeter seeds.

In Australia we're available all year round.

In Australia we're sold by type, not variety.

Star-like pale yellowish-green stripes radiate from the ends of the cucumber. A white variety is also available.

Lebanese cucumber
We're like small (up to 15cm long), fat sausages, dark green in colour with feint round ridges running along the length of the cucumber. A small piece of stem is usually left attached after picking.

Apple cucumber
We're a smaller round to oval, pale greenish-white to white cucumber about the size of a cricket ball.

Continental or Telegraph cucumber
We're the longest and thinnest cucumbers (30-35cm long by 5cm wide) with a hook at one end. Dark green in colour, our skin has shallow grooves running parallel from top to bottom.We're usually sold enclosed in a plastic wrap.

Why Cucumbers Are Good To Eat

We grow on vigorous trailing vines which can produce 25 to 125 cucumbers. Our parent plant has large leaves to protect us from the sun. We grow best in a sub-tropical (hot and dry) climate with a well-drained sandy to light loam soil. Once our seeds have been sown the vine will grow quite quickly and usually bear fruit 8-10 weeks after planting. Depending on our variety we're ripe when we've filled out and have a deep green or white colour.

We're harvested by hand by cutting us from the vine leaving a short stalk.

Select those of us with bright-green skins, with a firm and fresh appearance. Avoid those with soft spots or yellowing colour, except in the case of the apple cucumber – its skin is a pale yellow-white.

How to Keep Cucumbers

Refrigerate us in the crisper section or in a plastic bag. Do not store us with fruit, as we will yellow and age faster. 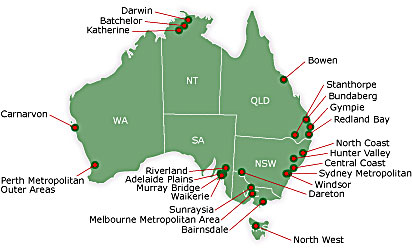 We're one of the oldest cultivated plants having been grown in India for about 3000 years. We were one of the favourite foods of the Pharaohs and when expelled from Egypt, the Hebrews took us with them.

The ancient Greeks and Romans grew us too. The Emperor Tiberius liked us so much that he had us served to him every day. In winter, to ensure his supply, the gardeners grew cucumbers on movable beds enabling them to move the plants away from the frost and cold.

From Italy and Greece we spread throughout Europe, the Middle East and China by the 2nd century AD.

We were taken to North America by Europeans in the 16th century where we were recorded as being grown in Florida and Montreal.

The first chaplain of the New South Wales Colony, the Rev. Richard Johnson, successfully grew cucumbers in 1789 in his Sydney garden, which means our seeds must have come to Australia with the First Fleet.

We're most refreshing to eat raw, with our skin on unless it's very tough. Cut into sticks we make a great snack or can be added to dips, salads, stuffed or as a cold soup. For a more decorative look, score the skin lengthwise with a fork before cutting. Lebanese cucumbers are a real treat to take to school as they are sweet and crunchy (like an apple).

For some recipes cucumbers need to be sprinkled with salt to draw out excess moisture then dried with a paper towel. Steam, boil, bake, stir-fry or microwave and serve cucumbers as a vegetable, in soup, or stuffed.