Hi, y'all. This is Kernel Corn Cob here. I'm mighty pleased to make your acquaintance. Of course, your family and mine are almost kin – well, as much as humans and vegetables can be. We've marched together now for thousands of years and now we depend on you and you depend on us – it's the perfect partnership. You look surprised. Don't you think we're old comrades? Well, now, just stop a minute and think of how my family is part of your life.

You probably have cornflakes for breakfast
How about corncob for lunch (with melted butter, Mmm-Mmm)
You could have a cornbread sandwich as a snack
Lamb chops and creamed corn make a tasty dinner
And corn kernels are just great in salads
You even have popcorn at the movies!

Now do you believe me? Let me tell you more about my a-maiz-ing family (get it – now that's a corny joke).

Corn, also called maize, is one of the world's major cereal crops and, as I mentioned, we're used as flour to make bread, to produce breakfast cereal, to make popcorn and, of course, sweet corn is grown and sold as a vegetable.

Sweet corn cobs are long (20-25cm) and cylindrical in shape. Our cobs are enclosed in several overlapping, papery-thin, leaf-like, pale green-brown husks. Inside the husks are parallel rows of golden-yellow, small bead-like seeds with soft cotton-like threads (or silks) running from the seeds to the top of the cob. Our kernels have soft skins and are sweet and milky inside.

We are best eaten as soon as possible after harvesting as our sweet sugar flavour converts to starch.

We're generally available all year round in Australia.

Sweet corn is sold by colour not variety. Our colours are white, yellow, and bi-colour (white and yellow mixed). We have an ornamental cousin with multi-coloured seeds which is great for decorative uses.

Why Corn is Good To Eat

We're a grass which can grow to 2 metres or more. We prefer a sub tropical (warm and dry) temperature with well drained sandy soil.

Each parent plant bears a male part or tassel at the top and a female part or cob lower down the stem. The female cob produces long silks on which the pollen from the tassel falls. The pollen goes down the silk to fertilise the seed. Our many seeds are protected inside a tight green leaf covering.

We're picked by being snapped off the stalk, when the seeds (or kernels) are sweet and soft. We're then sent to the markets with our husks still attached. We need careful post-harvest handling to ensure we maintain our high quality. Our crop must meet the following minimum requirements:

Select those of us with fresh, green husks. Our kernels should be bright, plump and show no signs of wrinkling.

How to Keep Corn

Store us in the vegetable crisper or in a plastic bag in the refrigerator. We're best eaten within 1 day of purchase. 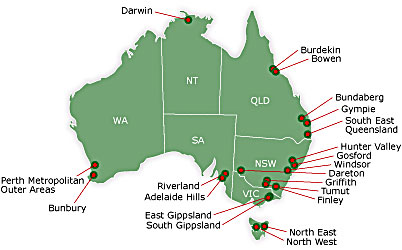 Corn was grown for thousands of years before explorer Christopher Columbus saw fields of it growing in the Caribbean in 1492. Ears of corn have been found in caves in Mexico which date back to around 5000-6000 BC.

For thousands of years various types of corn were grown in an area stretching from Chile and Brazil to southern Canada. Corn was a major component of the diet of the Aztec, Mayan, Inca and south American Indians and formed part of the group of three staple plant foods (corn, beans and squash – the three sisters) eaten by the Native Americans who believed that they had to be together or they would not grow.

In 1791 James Ruse planted and harvested corn and because of his success, he was granted 20 acres of land to farm. Sweet corn is still a major vegetable in the Hawkesbury River area.

Corn on the cob is delicious served piping hot as a vegetable or just as a snack. Husks are often left on during cooking but silks are removed. Boil, bake, microwave or barbecue over slow burning coals. If not serving immediately leave cooked cobs in cooking water.

If barbecuing plunge the whole cobs into iced water an hour before cooking. This helps the corn to cook more slowly and evenly. A pinch of sugar and lemon juice can be added when cooking corn cobs to bring out the flavour.

Corn kernels can be cut off the cobs, cooked and served as a vegetable or added to salads, casseroles, crepes, fritters, or pancakes.

Tasty Corn On The Cob
Soak corn cobs with husks on before roasting for 15 minutes on barbecue coals, turning often. Remove husks, put a skewer in each end and serve with butter seasoned with garlic, chives and cracked pepper. Alternatively, husks can be removed and corn roasted until browned.

Corn And Cheese Fritters
Cook 1 1/2 cups fresh corn in boiling water with a pinch of sugar and salt until tender. Cool and mix with 1/2 cup sifted flour, 1/3 cup tasty cheese and 2 lightly beaten eggs. Cook spoonfuls in buttered pan until brown both sides. Serve with baked tomatoes and cooked bacon.