Hello! Thanks for browsing on down to my cabbage patch. I know we're not one of the glamour vegies but we're really interesting all the same and have a fascinating history. Would you like to hear it?

Good. Well, did you know that you probably wouldn't be here today if it wasn't for us cabbages. That's right! You see a long time ago humans discovered how good we were to eat, and they also learned to preserve us, so that they could have the benefits of our wonderful nutrients through their famished winter days. Without our vitamins and minerals they would probably have become ill and died…OK…so we may have had a little help from some other foods but we were very important to most societies around the world.

Even though we were so important, we never let that go to our heads – we were always seen as the vegetable of the ‘humble folk'.

There are lots of us in the cabbage family, so let me tell you about us. We have compact heads and come in many sizes, shapes and colours. Our heads can be firm or loose; flattish, conical or cylindrical; and we range in colour from white to green to red. Chinese cabbages are another branch of our family which are different again.

We're available all year depending on our variety.

We're sold by type and shape of head rather than by individual variety.

Plain or drumhead cabbage, or rounded head cabbage – We have a roundish, small, soccer ball sized head with smooth, white veined leaves tightly packed together. Some of us are more pointed and called pointed head cabbages. We come in two colours – green and red.

We're distinguished by our wrinkly leaves with saw-like leaf margins. We range in colour from light green to grey-green to bluish-green with a reddish tint; and our shape varies too from rounded, soccer ball size to cylinder-like.

Why Cabbage Are Good To Eat

As I've mentioned we're rounded plants which have large, spreading, green leaves at our base. In the centre, our head consists of smaller leaves which tightly enclose each other around our core, which is the top end of our main stem comprising many branches.

We're usually planted as seedlings at any time from spring to late autumn. We require lots of water for good growth and can be grown anywhere as long as the soil is rich and firmly packed so we don't fall over when we grow bigger. The faster we grow the tender and sweeter we'll be. We need about two cool months in which to mature.

When we're harvested we're cut off at ground level by hand just leaving behind our stalk and outer leaves. We're never grown in the same soil two years in a row as we can easily get a disease called ‘club root' which affects our growth.

Select those of us that are solid and heavy for our size. Our leaves should be crisp, compact and bright in colour. Avoid any with brown spots or yellow leaves.

How to Keep Cabbage

Store us in the refrigerator in the crisper or place in a plastic bag. 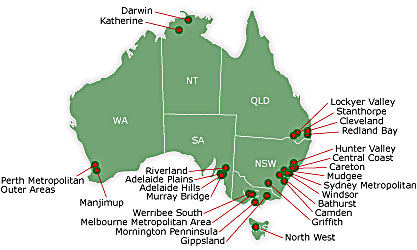 Cabbages, as you know us today, originated from the wild cabbage which is found in England, Europe and the Mediterranean. Red and white cabbages, similar to modern cabbages, were grown in Germany in the 12th century. Savoy types were developed later being first recorded in Germany in the middle of the 16th century.

As I mentioned in my introduction, whether stored fresh or pickled, we were extremely important as a staple winter vegetable in cold climates when nothing else was available.

Sir Joseph Banks, following his return from his travels with Captain Cook, ensured our seeds were sent to Australia with the First Fleet in 1788. This shipment included large quantities of several branches of our family and in 1788 the earliest maturing varieties were planted on Norfolk Island. By the 1830's we were Australia's favourite vegetable and large quantities of us were sold at the Sydney Markets.

Introduced into Japan in the mid 19th century, and to the USA later in the 19th century, Chinese cabbage probably first came to Australia during the 1800's with the Chinese workers headed for the gold fields.

Whatever colour cabbage you choose, we can all be eaten raw in salads or cooked, 5-10 minutes depending on the size and quantity. Remove any discoloured outer leaves and steam, boil, stir-fry or bake.

Do not overcook or we go watery and an unpleasant sulphur odour may develop. Putting a walnut in the water while cooking cabbage is said to minimise that odour. Use us in coleslaw, salads, as a vegietable, in sauces, spring rolls or as an edible ‘wrapper' as in cabbage rolls.

Try some of these easy cabbage recipes:

Tasty Cabbage Soup
Thinly slice 1/2 cabbage and add to 2 cups diced raw onion, carrot and celery. Cover with chicken stock and simmer 10-12 minutes with lid on. Serve with a spoonful of sour cream sprinkled with Parmesan cheese and chopped parsley. Other vegietables can be added to this dish for variety.