My, you're adventurous. There are not many people who'd admit to being interested in us. Normally, when our name is mentioned people screw up their faces and go yuk! Imagine how that makes us feel. We want to be liked just as much as anyone else, but people just don't give us a chance. You see, most of the time we're cooked really badly so you can't expect us to taste wonderful. However, if we're cooked well, then we're really great and so good for you. How about giving us another chance? Try the recipes on this site – you'll find we're really yummy. Now let me tell you more about my family.

We're part of the brassica (cabbage) family. We grow on a tall stemmed plant which reaches about 1 metre in height and has cabbage-like leaves. We actually look like miniature oval to egg-shaped cabbages, about 3-6cm across, with small green leaves and white veins. Our leaves overlap and tightly enclose our smaller inside leaves and core. Our colour varies from dark green through bluish green to purplish-red.

We grow along the stem of our parent plant in the area where the leaves attach and as our parent grows, more and more us are formed. If the lower leaves are removed then more of us will develop.

We're at our best in autumn and early winter.

In Australia we're not sold by variety.

Why Brussels Sprouts Are Good To Eat

We prefer a long cool growing season to a hot humid climate. It can take 13-16 weeks after planting our parent seedlings before we're mature enough to harvest. Those of us at the bottom of the plant mature first and it may take a farmer up to 10 pickings per plant to have fully harvested all of us.

We're harvested by hand to avoid damage and also to ensure that only mature sprouts are picked.

To pick the best of us, select those that are firm, compact, bright green and no larger than a golf ball.

How to Keep Brussels Sprouts

Refrigerate us unwashed in a plastic bag and use within 3 days. 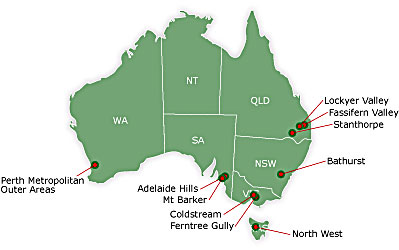 It's not known where we originated from. Some plant historians say we were grown in Belgium in the 16th century, but it wasn't until the middle of the 18th century that records showed we were used as a food. As people travelled they took us with them and we were being eaten in England and France by the start of the 19th century. It has only been in recent times that we've become more popular in the USA and Australia.

We can be shredded and eaten raw in salads but are usually cooked and served as a vegetable, or used in soups or casseroles.

Peel any tough outer leaves and trim stems but not too short or leaves will fall off. Cut a cross in the end of the stem for more even cooking. Steam, boil, microwave or stir-fry for 4-5 minutes depending on size. If overcooked they can develop an unpleasant sulphur smell.