Thank you for dropping by. I've been looking forward to your visit. I've so much to tell you about myself and my family. Now where will I begin?

Firstly, you ought to know that I'm royalty. No need to bow or curtsy – I like to stay informal. My family were given the title ‘king of vegetables' by those most discerning of people – the ancient Egyptians and we have been prized and respected ever since. Throughout the ages we've become the symbol of good taste in food, with many a chef earning his fame and fortune from his ability to cook us to perfection!

Yes, you've guessed it. I'm an asparagus crown (a term I'll explain later). I've lived underground now for more years than I care to remember, producing tender young asparagus spears each spring and summer for you humans to eat, and I hope to continue to do so for many more years to come.

My crown is actually an underground stem from which my asparagus spears shoot and my roots are called rhizomes (pronounced rye-zomes). My spears, which are tender and succulent to eat, are slightly glossy, about 18-25cm long and 1.5-2cm wide, with many small, bumpy, triangular scales (called bracts) concentrated in the top quarter of the stem. You can tell the best asparagus because it stands straight and tall, which mine always do, of course.

My spears are harvested in two ways which gives them a different colour. White asparagus is grown below the ground and not exposed to light. When harvested it is cut below the surface before being lifted out of the soil. If my spears are allowed grow in sunlight they turn a most delightful green colour.

I also have a cousin, the purple asparagus, whose spears are grown and harvested as my green ones are – they are from the trendy side of the family.

We're at our best in quality and value all year.

There are three main varieties in Australia, Green (called Mary Washingtons), White (which is mainly used for canning) and Purple which is relatively new to the market. However, in shops asparagus is sold by colour, not variety.

Why Asparagus is Good To Eat

Why do you think we have been given the title ‘king of vegetables'? It's because we are splendid, wonderful to eat and very good for you. Let me explain.

White asparagus is the same variety as the green, but it has been carefully hand-cut whilst still underground. The cutter must wait until a little white head or a crack in the soil appears where the asparagus is growing. The cutter then removes the soil from around the spear and cuts it to the required length. The soil is then replaced and packed down into place before the cutter moves onto the next spear. Hand cutting is a labour intensive process for growers and this means that white asparagus is often a little more expensive than the green variety.

Green asparagus spears are generally picked shortly after the tips come out of the ground (usually about 20cm above the soil). They are very tender and have a fresh green colour because they have been exposed to sunlight. Purple asparagus grows and is harvested in the same way as green asparagus. Spears that are not picked grow into fern-like fronds and make an attractive hanging plant.

To pick the best of us select firm, crisp spears with compact tips and tight scales. The thickness of our spears has no bearing on tenderness. Thick spears are very tasty to eat and have a better shelf life than thin spears.

How to Keep Asparagus

After purchase place us in the fridge standing in some cool water. Cover with plastic. If our bases are trimmed off beforehand it will help us stay fresher longer. Our shelf life depends on careful handling. It is possible to keep us for more than 2 weeks if handled correctly. 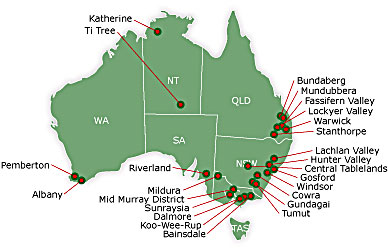 As I mentioned before, we are noble plants with an ancient history. Our ancestors grew wild throughout Europe, North West Africa, Asia and the Middle East, and still do today.

A fresco on an Egyptian tomb, dated to 3000 BC, shows asparagus tied in a bunch similar to what is done today. Egyptians thought so much of us that they offered our spears as a gift to the gods.

We were also favoured as a great delicacy by the Greeks and Romans, as well as being thought to have medicinal value. The Greeks harvested the wild plants, but the Romans used both wild and cultivated plants.

We lost popularity after the fall of the Roman Empire, but survived in Syria, Egypt and Spain. In the Middle Ages, asparagus was reintroduced to Europe during the Arab conquest and after that became a prized delicacy throughout the Continent and Britain.

We were so highly regarded in England that the thought of setting up a colony on the other side of the world without asparagus was unthinkable, so seed was included in the list of vegetables carried by Sirius, one of the ships of the First Fleet.
Throughout the 19th century asparagus appeared in many seed catalogues and has continued to be popular with Australians ever since.

Snap or cut off the woody base of asparagus and peel skin of thicker spears before cooking. You can steam, boil, pan-fry or microwave asparagus until cooked but still crisp, about 2-5 minutes depending on the thickness. It's great served hot or cold as a vegetable, in soups, omelettes, pies, quiches, crepes and even on pizzas. Cook and add to scrambled eggs, your favourite salad or try these quick and easy recipes.

Cheesy Asparagus
Prepare and cook asparagus. Drain well and place in a shallow ovenproof dish. Sprinkle generously with grated Parmesan cheese and grill or bake in the oven until cheese has just melted. Serve immediately.

Nutty Asparagus
Pan-fry one bunch of asparagus cut into 2cm pieces with 1 tablespoon each of oil and butter for 2 minutes, stirring constantly. Add 2 tablespoons salt-reduced soy sauce and cook until tender. Serve hot sprinkled with roasted flaked almonds as a snack or as a topping for barbecued fish fillet.

Asparagus is a very tasty vegetable when barbecued. Place a few spears on the hot plate, and cook briefly (about 2 minutes).