Hi, I'm so glad you've come to see me. You're obviously a person who doesn't make judgments on appearances and believes in a ‘fair go'. I appreciate that. Sorry, I forgot to introduce myself. I'm a globe artichoke – not one of the vegetable world's pin-ups but you'll like me once you get to know me. Hey, don't confuse me with those other guys – the Jerusalem artichoke. Now they're really ugly, but what can you expect from a vegetable that grows underground!

Many people regard me as a prickly sort of character but that's only because I grow on a pretty formidable thistle. Get to know the real me and you'll fall for me in a big way. Let me tell you about myself.

As I said, I grow on a large thistle which can reach 1.5 metres in height (how tall are you? Would it be bigger or smaller than you are?). It has prickly leaves which are grey-green to bronze-green in colour, often with a purplish tinge. We form on branches that grow out from the side of the main stem and are actually the flower buds of the plant. If we're not picked we go on to develop into a beautiful purple flower, which then forms seeds with downy tufts so that we can leave home when we're caught by the wind and blown away from our parent plant to land in the ground and grow into new thistles…oh, I'm dreaming…back to my story.

The right time to pick us is when we're sweet and tender. If left to flower we can't be eaten because we become dry, woody and you really wouldn't like us.

We grow to about the size of a tennis ball (do you play tennis?) and are usually round to conical in shape and made up of large leathery petals (like an unopened rose). Our petals (botanists call them bracts) surround and protect our tender centre which would grow into a flower if not eaten first. You can eat both this centre part and the succulent base of each of our petals.

In Australia we come in two main colours – green and purple and are usually sold as a bud with the stem and a few leaves attached.

As the heading for this site is Artichokes I suppose I'd better tell you something about those other guys. Jerusalem artichokes are tubers with small knobs (swollen underground stems like potatoes and ginger) which belong to the yellow-flowered sunflower family. They grow to 7-10cm long and about 3-5cm thick, rather like ginger. I'm told they have a honey brown skin which encloses a crisp, tasty, white flesh but don't you go off trying them before you try me. We made friends first, remember.

Although we're available from February to November we're at our peak in August – September.

Here in Australia we're not usually sold by our variety, so just look out for the name Globe artichoke.

Why Artichokes Are Good To Eat

Look, we not only taste great but we can do a lot for you.
Consider this:

How they are Grown and Harvested

As I told you, we grow on the thistle plant which has very long stems with large branches that arc out like a Christmas tree. Some varieties have long arching spiked leaves which makes them look like giant ferns. As I said, if we're not picked for eating we turn into beautiful purple flowers.

We're grown in rows and when fully mature our parent plant can cover an area over 2 metres in diameter. About 15 of us grow on each plant. We prefer to grow in a colder climate but a cold chill (less than 10ÌC) or frosts will blemish our budding flowers but we're still perfectly good to eat if our outer bracts are removed.

Our parent plant is grown in one of two ways either from seed or from cuttings. Plants that are grown from cuttings start with a piece of root placed carefully into holes in long rows.

The Global Star variety produces artichokes that are spikeless, thus enabling safer and easier handling. They're grown from seed as an annual which means that they're replanted each year as opposed to the rest of us which are perennial (we have a long life span and flower every year).

Harvesting occurs about 5-6 months after the crop has been planted. I'm in my prime for eating just before my flower starts to open. If baby artichokes are needed it requires special attention to ensure they're picked at the right time.

To pick the best of us select small to medium, compact, bright green, plump globes that feel heavy for their size. Large artichokes tend to be a little tougher and have less flavour than the smaller ones.

How to Keep Artichokes

Store us unwashed in plastic bags in the crisper section of the refrigerator. We'll keep for approximately two weeks. 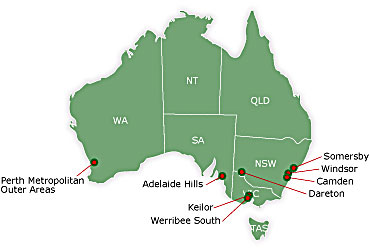 Our ancestors were North African thistles which still grow wild today. People from the Middle East were thought to have been some of the earliest groups to use us as a food. Due to our great taste, we quickly become popular and by Roman times, around 70 – 80 AD, only the rich were allowed to eat us and we were forbidden to the common people, which wasn't fair was it?

We were first cultivated in Italy in the early 15th century and were also eaten in France and England during the Middle Ages.
We were part of the First Fleet, you know, and in 1788 – the first year of European settlement in Australia – artichoke seeds were planted on Norfolk Island. Norfolk Island had better soil than the poor, sandy soil of Sydney Town.

Seed catalogues show we were available throughout the 19th century but by the first half of this century we seemed to lose our popularity. It was the Italians, who migrated to Australia in the 1940's and 1950's, who brought us back into favour. They adore us and cook us so well that now everybody wants to eat us.

Artichokes are not as difficult to prepare and eat as we may appear. To prepare an artichoke, cut off the stem and remove any tough outer leaves. Cut the top 20mm off and trim tips of remaining leaves.

Brush all cut surfaces with lemon juice or soak in lemon and water to prevent browning. Cook whole, discarding the fuzzy centre or ‘choke' either before or after cooking. Stems can be left on for some recipes if the leaves and fibrous outer green layer are removed first. The base or ‘bottom' of the artichoke is the most succulent part. Artichoke hearts, mostly available in cans, are baby artichokes.

Artichokes may be steamed, boiled, microwaved. Boil or steam for 20-40 minutes or microwave for 4-8 minutes depending on size and serve hot or cold. Gently push fork into base of the artichoke to test if it is cooked. They can be stuffed, added to stews, casseroles, soups, sauces, dips, salads or served as a vegetable.