Cheers!
Did you know that some grape vine root stocks have been found in China that date back to before the great ice age? That's how long we've been cultivated by mankind and wherever we've grown, we've been harvested to be eaten fresh, dried to sustain people through the long winter months or turned into wine for both social and religious occasions. Yes, we have a very special relationship with humans, so let me tell you more about us.

We grow in bunches, which can be like a pyramid, round or long and thin. Each of us is attached to the main stem of the bunch by our own short stem. Our thin skin encloses a sweet, juicy, jelly-like, almost translucent flesh.

We're about the size of a marble or slightly bigger, about 1-2cm long, round like a ball (spherical) or egg-shaped, and either seeded or seedless. Our colour varies from green to dark purple, and some varieties have a whitish coating or bloom.

In Australia we're at our best from December to May.

We're sold by variety and whether we're seeded or not. There are many hundreds of varieties in Australia but the most popular are:

Thompson Seedless (also called Sultana grapes – that's where sultanas come from)
The most widely eaten grape, we're a medium to oval-shaped grape, have a light green skin and are very sweet and juicy, and have no seeds.

Menindee Seedless
We're similar to a Thompson seedless with a light green skin, no seeds and a firm flesh that is sweet and slightly tart. We are one of the earliest grapes in the season.

Muscat
We're a medium-sized grape that is oval in shapr with seeds. We have a blue.black skin and soft juicy flesh with seeds.

Ribiers
We're a large black grape and one of the most popular eating dark grapes with large seeds and a sweet and tart flavour.

Black Muscat
We're similar to the muscat and are a medium-sized, round, black grape. We have a terrific fruity flavour with soft, juicy flesh with seeds.

Flame Seedless
We're a medium-sized, round, dark red grape with a firm flesh and a slightly tart taste.

Why Grapes Are Good To Eat

We're classed as berries and are produced on vigorously, climbing vines which can grow to 15-25 metres if they are not pruned. The deciduous vine (losing its leaves in winter) has large, green, flat leaves which are slightly lobed with saw teeth-like edges. Opposite the leaf, small snake-like tendrils are produced which twine around any structure helping to support our parent plant as it grows.

Our flowers grow in clusters (or inflorescences) and are small, green and fragrant. Bunches of grapes form following the fertilisation of the flowers. We're picked when we're ripe and sweet.

Fresh table grapes are harvested by hand as machines bruise us easily.

Select those of us which are plump, well-coloured and firmly attached to our stems. Avoid soft or wrinkled fruit and those browning around the stem

How to Keep Grapes

Store us, unwashed, in the refrigerator in a sealed container or plastic bag. Use within 2-3 days. 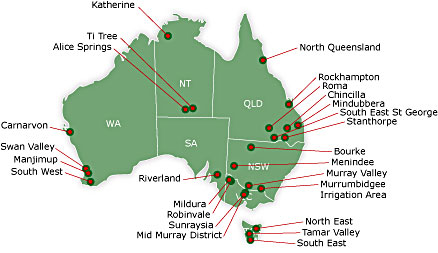 It seems that we've been part of civilisation from the earliest times. Wine from grapes was recorded in ancient Egypt 6000 years ago and it is likely that we were used as a fresh food much earlier than that. We're thought to have originated in the Caucasian region and the deliberate cultivation of grapes probably started around the Caspian Sea. From there we spread westward to Europe and the Romans took us to Britain in 10 AD.

In England in the late 18th century we were planted in greenhouses to ensure the supply of our delicious fruit. Some of these vines were still in production until the early 20th century and one vine, the Hampton Court vine, planted in 1769 is still bearing saleable fruit.

We're generally eaten raw but can be equally delicious in hot dishes. Remove stems and cut in half to remove seeds if not the seedless variety. Add raw grapes to fruit salads, cheese platters, salads, crepes, cakes, tarts, sorbets or set in jelly.

Bake, saute, microwave or simply heat in sauces. Great served with meat and mixed with vegetables. Grapes can be peeled from the stem end if required in a recipe.

Here are a few grape recipes to try:

Cheese Coated Grapes
Beat 125g cream cheese with 1-2 tablespoons of cream until smooth. Gently stir grapes into mixture and roll each one to coat in toasted chopped almonds, toasted coconut or grated chocolate. A treat!

Grape And Honeydew Wedges
Cut honeydew into wedges, remove seeds and cut diagonal slits through flesh about 2cm apart. Cut grapes in half and remove seeds if required. Mix with cottage cheese and spoon over the melon. Sprinkle with chopped prosciutto or ham. Serve chilled.

Frozen Grapes
Freeze small clusters of grapes. Serve instead of ice blocks on a hot day or drizzle with melted chocolate and serve as a dessert on their own or with ice cream.