Hello!
Thanks for coming.
I’m an apricot and I’d like to say that
'Australian Apricots Are Absolutely Adorable!’

I just love that letter A. Can you think of any other A words to describe an apricot? I bet you can. Anyway, let me introduce you to my world.

We apricots – like peaches, nectarines, plums and cherries – belong to a group called stone fruits, not because we’re cold and hard-hearted (we’re actually quite sweet) but because we have a tough, inedible seed in our centre.

We grow on splendid trees that can reach 7 metres in height. They look like opened umbrellas when fully mature, with a canopy of dark green leaves which glisten in the sun. As our parent trees age their bark grows dark and often becoming twisted and gnarled but this doesn’t stop them producing tender, young fruit like me.

We grow to about the size of a ping pong ball (do you play ping pong?), but can come in different shapes from plump or round to oval; some of us have a distinct groove running from top to bottom which gives us a cute look, while others have flattish sides or a distinctly pointed end.

Now don’t think me conceited but our complexion is simply stunning. We’ve a soft and downy skin, which ranges in colour from pale yellow to orange (we don’t really like using the word orange, we prefer to think of that fruit having an apricot hue) – and the shy ones among us often flush with pink or red, but don’t mind that they’re delicious too. We smell divine and we taste juicily sweet – that’s why we’re absolutely adorable!

We’re available from November to January but are at our best around Christmas so you’ll invite us to your house then won’t you.

We apricots have a secret. I’ll tell you if you won’t tell anyone else. Promise? OK, then. Do you know why we have such a hard shell to protect our seed? It’s because it’s poisonous and we don’t want to make you sick. We don’t like to talk about it, it’s embarrassing. Now let’s change the subject.

Although there are many varieties of us in Australia we’re usually just called apricots not by our varietal name, but we don’t mind – we’re apricots and proud!.

Why Apricots Are Good To Eat

We’re so good for you we ought to be saints! St Apricot – I like it!

Our parent trees prefer to grow in well drained soils, where there is a good water supply. Now, they are a little fussy about climate. They need to feel the chill of winter to encourage their flowers to produce fruit but heavy spring frosts can damage their blossom so we can’t grow properly. The balance has to be just right.

Planting usually takes place early in winter time and the trees take about 5-6 years to bear good quality fruit. During the growing years the trees are continuously pruned to encourage the growth of strong branches.

We’re harvested in Australia around Christmas time although we can be seen in the shops as early as late October and as late as March, because harvest dates vary depending on the variety. The harvest season for each area is generally short, usually lasting only 15-20 days.

We’re picked when our skins are yellow and our flesh is firm. This allows us to be packaged without bruising.

Select those of us which are plump, pale to golden-orange colour with that characteristic fragrance that we have – absolutely fabulous. Oh no, I used an F word!

How to Keep Apricots

Ripen us in a fruit bowl. When ripe refrigerate us in a plastic bag, and eat within 2-3 days. 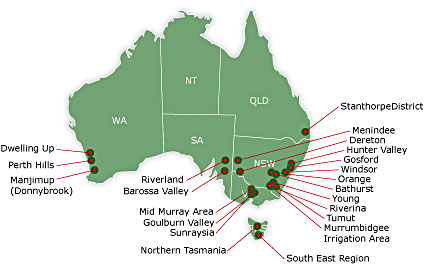 We began life in China over 4000 years ago, and like many Chinese we have travelled and settled all over the world. Traders between China and the Middle East carried us along the Great Silk Road, then Arabs introduced us to the Mediterranean region and from there we spread into Northern Africa. We’ve had more adventures along the way than Indiana Jones!

The Romans took us from North Africa to Italy, then we accompanied them to all parts of their empire. By the mid 16th century we had gained great respectability and could be found in the gardens of noblemen throughout Europe and England. But our travels didn’t stop there, as people migrated from Europe we were taken to other regions of the world and by the 18th century, we were growing in orchards in the USA, South Africa, New Zealand and Australia.

We’re delicious eaten raw or cut in half and stuffed after removing the stone. You can also stew, bake, poach, grill or microwave us, then serve us with cream, custard, ice cream or yoghurt. We’re also great in pastries, pies, pancakes, salads and with meat.
Wonderful ways to cook with apricots:

Stuffed Apricots
Cut apricots in half and remove the stones. Place 1 teaspoon of your favourite soft cheese in each half, sprinkle with chopped nuts and serve as an entre or snack.

Apricot Toast
Remove the crusts from 4 slices of wholemeal bread. Spread with butter and a sprinkle of cinnamon. Cut 8 apricots in half and remove the stones. Put 4 apricot halves on each slice and sprinkle lightly with sugar, coconut and flaked almonds. Bake in a moderate oven (180 degrees Celcius) for 15-20 minutes or until bread is crisp and apricots soft. Cut each slice into quarters. Serve hot with ice cream or cream.